Fake Competitions and How to Spot Them 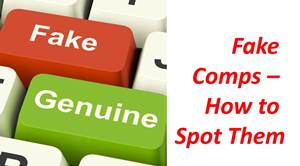 Hello compers!  Well, those of us with little ones at home for the summer are on the home stretch now – less of the holidays still to go, than have already been.  Just 2 weeks left here until my eldest goes back, and 2.5 weeks until my youngest starts school for the first time!  The weather seems to have deteriorated somewhat here on the Island too; with the weathermen now saying that we have had all the hot weather we are going to have this summer.  Don’t know about you, but I have even seen quite a large number of Christmas themed competitions cropping up over the last week, have you seen them too?  Now, it doesn’t bother me as I LOVE Christmas (by far my favourite time of year), and would happily enter Christmas competitions all year round.  But I know it will bother some people – wishing the next 3 months away, and taking us straight from the height of summer to the cold, dark nights of winter (do not pass autumn, do not collect £200).

Something else which I seem to be seeing rather a lot of again at the moment are FAKE competitions – mainly on facebook, but they do pop up in other guises too.  I thought it would be a good idea to have a quick run-down of how to spot a fake competition, and not be fooled into one of their scams:

Stay safe out there compers, and spend your time entering the competitions that actually have prizes to offer – leave the fake ones well alone, they are a waste of precious comping time.

Happy comping and lots of Lucky Dust to you all!

I haven't been off work until these last two weeks so have had all uniform etc to get. Thought I was all sorted including shoes and have now realised I've forgotten to buy new gym shoes for them. Drat! We are going camping next week so I don't have the luxury of that time to do it.

Took my two to Wacky Wednesday at the Community Centre yesterday; my daughter was thrilled to win several prizes in the tombola and a skipping rope in the treasure hunt as well as all the little chocolate bars, bubbles etc. My older one wasn't bothered, he just wanted to play on the swings and slide there.

Had a look at the list of Children's comps on Superluckydi's website but a lot of them are Facebook and so we won't be doing those. There is, however, a lovely one in Blossom magazine where little girls have to send in a one minute video saying what they would like to be when they grow up. Several things, in my daughter's case.

A HUGE box was delivered the day before yesterday and it turned out to contain lots and lots of merchandise about How to Train Your Dragon, including the dvd, books, Tshirts, badges, bookmarks etc as well as models to make the dragons themselves. I have claimed the Tshirt as it's far too big for the children. I wasn't sure where this had come from but the next day came a letter from Booktime magazine saying the prize would arrive 'shortly'. It often happens that the parcel gets here first.
Also had an email to say I have won a 2 course meal for two in a local restaurant so waiting to hear more details about that.

Looked out the window and it's wet, though I don't think it's actually raining just now. My 2 are still in bed, we will have to get out of this staying up late habit soon, it's playing havoc with my comps!

Hope your camping trip is dry and fun - haven't tried camping yet, but am determined to at some point this year, now the children are a bit older. How lovely to win little prizes at your local event too - I love that!

Your prize delivery sounds lovely! I had some Pantene shampoo and conditioner turn up today form the SuperSavvyMe website, which is handy as I don't have much shampoo left. Love it when prizes are useful!

Sunshine and showers here today too. Been to the library this morning getting the girls' second stickers from the summer reading challenge. Just had a bit of a disco in the lounge and a blanket picnic for lunch. On with some work for me, so hubby is on children entertaining duty now lol.

Keep up the good wins, and have a lovely holiday!