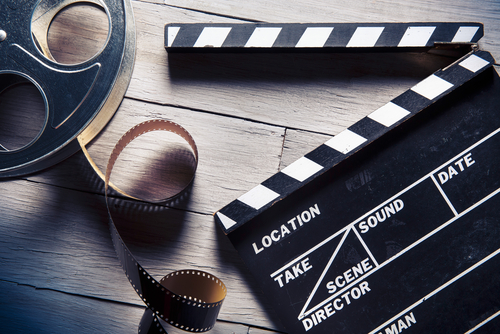 Which films are Compers News readers most excited about seeing next?

Every week, lots of new films hit cinema screens, DVD and Blu-ray or online services - and much of the time, these new releases in the world of movies are linked to special competitions.

We feel in cinematic spirits here on the blog today, so here's a quick look at some newly-published competitions that have hit the scene, themed around recently released - or soon to be released - movies.

Firstly, remember that competitions with prizes linked to a certain film often occur in the run up to a movie's cinema release, helping to create a pre-release buzz - once a film has already been out a while, comps linked to it may be thinner on the ground.

But Google the name of a much-anticipated film that's soon to hit cinemas, or just has, along with the word 'win' and the chances are comps linked to this flick may pop up in the results.

One film that's due to hit screens soon is Maleficent, a Disney fantasy with Angelina Jolie playing the title role.

We've spotted this kids comp linked in with the movie over on the Toxic website.

Perfect for half term, the idea is that entrants (who need permission from their guardian or parent first) draw themselves as a dragon - which is certainly a creative comp idea we've not come across before!

The comp closes June 7th and the prizes are goody bags linked to the film and family ticket bundles, too.

Like many films, this upcoming movie has spawned book tie-ins.

The website Entertainment Focus is giving away the book The Art of How To Train Your Dragon 2 in a comp ending May 23rd, for example.

There are three chances to win in this competition, which comes ahead of the film's July 4th cinema release.

Over in the world of home entertainment the recent Robocop film featuring Gary Oldman, which was in cinemas a few months back, is now coming out on DVD and Blu-ray, with film mag Total Film offering a Limited Edition version of the Blu-ray, along with a home entertainment bundle (a big-screen TV and a Blu-ray player) in an online comp. There are runners-up prizes, too.

The comp features a TV-themed question and online form entry, and it closes June 5th.

At a rather different end of the movie spectrum to Robocop, a little later this year, teen drama The Fault in Our Stars, based on John Green's best selling book about a girl living with cancer who falls in love, is set to come to cinemas.

As of yet UK comps seem thin on the group for the release (due June 20th), but it's definitely one that could spark a comp or two closer to the time.

Before we leave you for today, here are four tips for tracking down comps linked to an upcoming film release you're excited about:

Film mags, their websites, and film websites generally, are some of the places that are often home to movie comps, as you might expect.

Use release dates as a guide

You might already have a good idea about what's out at the cinema at any given moment, but there are also always lists of upcoming release dates for big films available online, that may be able to help with your comp search.

Look out for on-pack comps

Films sometimes feature in on-pack comps around the time of the cinema or home entertainment release, so the supermarket or corner shop might be home to a comp which has something to do with a movie you're excited for!

Like so many other types of comp, movie comps are often found on social media, so use your digital skills in your search!